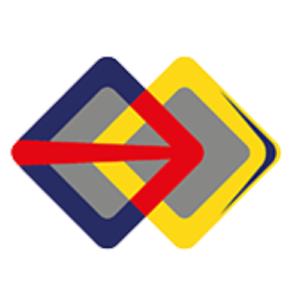 Polyvinyl Chloride (PVC) is one of the most commonly used thermoplastic polymers worldwide. It is naturally white and very brittle plastic. PVC has been around longer than most plastics. It is used most commonly in the construction industry and is also used for signs, healthcare applications, and fiber for clothing.

The Base Forms and Functions of Polyvinyl Chloride (PVC)

PVC is produced in two general forms: a rigid or unplasticized polymer (RPVC or uPVC), and the second as a flexible plastic. In its base form, PVC is characterized by its rigid yet brittle structure. While the plasticized version holds various uses across multiple industries, the rigid version of PVC also has its share of uses. Industries such as plumbing, sewage, and agriculture can utilize rigid PVC across many functions.

Flexible, plasticized, or regular PVC is softer and more amenable to bending than uPVC due to the addition of plasticizers like phthalates. Flexible PVC is commonly used in construction as insulation on electrical wires or in flooring for homes, hospitals, schools, and other areas where a sterile environment is a priority. In some cases, PVC can act as an effective replacement for rubber. Rigid PVC is also used in construction as a pipe for plumbing and siding, commonly referred to by the term “vinyl”.

Some of PVC plastic’s most important characteristics include its relatively low price, its resistance to environmental degradation (as well as to chemicals and alkalis), high hardness, and outstanding tensile strength for plastic in the case of rigid PVC. PVC remains widely available, commonly used, and easily recyclable (categorized by resin identification code “3”).

What are the Characteristics of Polyvinyl Chloride (PVC)?

Some of the most significant properties of Polyvinyl Chloride (PVC) are:

Why is Polyvinyl Chloride (PVC) used so often?

PVC offers a wide variety of applications and advantages across multiple industries in both its rigid and flexible forms. In particular, Rigid PVC possesses a high density for plastic, making it extremely hard and generally incredibly strong. It is also readily available and economical, which, combined with most plastics’ long-lasting characteristics, makes it an easy choice for many industrial applications like construction.

PVC has an extremely durable nature and lightweight, making it an attractive material for construction, plumbing, and other industrial applications.

What Are The Different Types of PVC?

Polyvinyl Chloride is widely available in two broad categories: rigid and flexible. Each type comes with its own set of advantages and ideal uses for different industries. Flexible PVC can act as electrical cable insulation and a rubber alternative. Rigid PVC has various uses in construction and plumbing, providing a lightweight, cost-effective, and durable material to use.

What are the Advantages of Polyvinyl Chloride?

PVC provides industries with a series of critical advantages that have cemented its place as one of the most popular and widely used plastics on the market. These advantages include:

PVC’s advantages helped solidify its place as one of the most used plastics around the world. However, even though it’s widely effective and popular, you have to consider some factors when using the material.

What are the Disadvantages of Polyvinyl Chloride?

While PVC has a host of advantages that make it a desirable material to work with, there are some reasons to take caution. The disadvantages that you have to account for when using PVC include:

Established in the year 2005, Al Miqat Hardware is professionally engaged in supply of wire mesh products and has more than 15 years of experience.